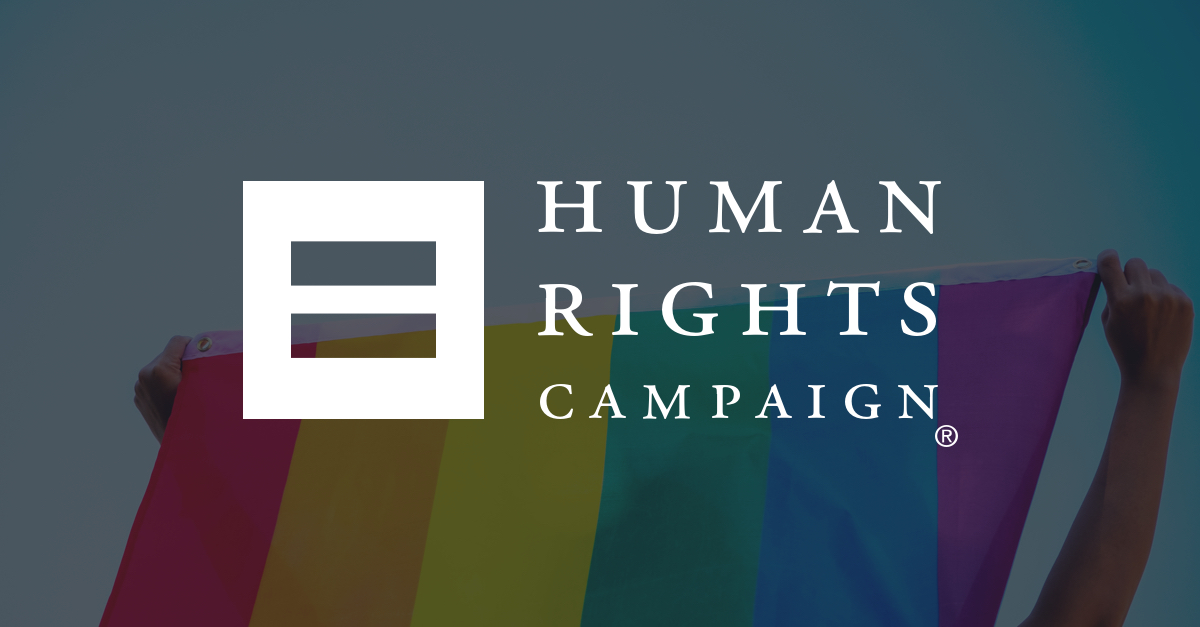 It’s Pride Month, and we at OneLogin are proud to highlight the incredible work of our customer, the Human Rights Campaign (HRC). Founded in 1980, HRC was the first political action group (PAC) focused on raising funds for LGBTQ political candidates in the US. The mission has since expanded to include support in various ways across the full spectrum of life for the LGBTQ community, as well as placing a special emphasis on intersectionality.

We sat down to talk with two members of the staff at HRC — Emily Simeral Roberts, Deputy Director of Digital Media and Marketing, and Jason Bricker, Director of Corporate Relations — about the incredible advocacy work they do.

HRC’s influence has greatly expanded, both nationally and globally, touching the lives of citizens of every gender, race, ethnicity, and creed. Their scope is huge, going from top-level political advocacy, all the way down to anti-bullying campaigns in schools and places of faith. We talked about HRC’s international efforts, Roberts’ and Bricker’s favorite hashtags, and how HRC views its role in the midst of the incredible groundswell around the Black Lives Matter movement.

HRC is the nation’s largest civil rights organization advocating for LGBTQ rights. They have a massive coalition of partners that range widely in size and scope, from organizations as prominent as the NAACP to small local groups focused on local sectors in public or private life.

The two main areas of the organization are the political arm (the Human Rights Campaign) and the Foundation (the Human Rights Campaign Foundation). The political arm focuses on promoting and lobbying pro-equality candidates to generate awareness around equality issues and particular policy platforms, both in Washington and around the country, at all levels of government.

The Foundation is more focused on work within communities: workplace equality, inclusivity policies, anti-bullying policies in schools, school lesson plans, family inclusivity in schools, healthcare programs, HIV/AIDS programs, etc. The goal is to touch every aspect of people’s lives to have the greatest impact possible.

Currently, HRC is mostly US-focused, but the international efforts are ever-increasing. “Maybe 10% of our focus is international, but it’s growing,” said Bricker. “Had COVID not hit, that number would be higher already. We have a strong reach, but it’s just a few people who work on it. We have a staff of people who go out and do capacity building in places like Poland, Vietnam, and Mozambique. It’s just a handful of folks; small but mighty.” Capacity building is a skills and resource-building initiative that helps empower others to do their work more effectively.

In addition to the international capacity-building efforts that HRC has been working on for the past eight years, they’ve also partnered with local organizations in Chile and Mexico to help expand the reach of their Corporate Equality Index (CEI). The CEI rates businesses on their inclusivity policies toward LGBTQ workers (domestically at first, and now abroad). In some countries, these corporate policies are the only protections LGBTQ+ folks have, due to a lack of governmental regulation.

The expansion of the CEI into Mexico and Chile is one of the biggest points of emphasis right now for HRC’s workplace equality team. HRC works with grassroots organizations in both countries to administer surveys and help shape corporate policies in both US multinational corporations and Mexican and Chilean companies.

HRC’s Global Innovative Advocacy Summit launched five years ago as part of HRC’s global capacity building efforts. This year, it will be a virtual gathering due to COVID-19, but the goal of each summit is to help equip grassroots groups across the world with the latest technologies and outreach innovations.

From older, more established social platforms like Facebook to newer platforms like Snapchat (and Instagram and Twitter), HRC has managed to create touchpoints across social, racial, and age strata. They’ve run an impressive number of campaigns and hashtag initiatives that have gone viral, bringing a greater awareness around marriage equality, trans rights, and gun violence against LGBTQ people, just to name a few. When we asked what their favorite viral campaign was, Roberts and Bricker had the same resounding answer: #LoveWins.

Back in June of 2015, the Supreme Court ruled in a 5 to 4 decision that barring LGBTQ folks from marrying was unconstitutional. It was a huge win for the LGBTQ community with sweeping implications for marginalized couples across the country, and was followed by an affirming decision on a second case shortly after.

“I would say #LoveWins has to be our favorite,” Roberts said with a smile. “President Obama used it when marriage equality happened five years ago. It takes a lot of planning and making sure our messaging is consistent [to create successful campaigns]. Twitter can be tricky because if a hashtag doesn’t get picked up by your users, it doesn’t go anywhere … it’s a matter of figuring out what works.”

President Obama had the White House lit with the rainbow flag colors after the decisions came down and announced on Twitter, “Today is a big step in our march toward equality. Gay and lesbian couples now have the right to marry, just like anyone else. #LoveWins.”

“The #LoveWins hashtag was many years in the making.” Bricker added. “It’s an attachment of an authentic message with a moment in time that allowed us to capture lightning in a bottle. We had high hopes for the campaign, but we were surprised at just how successful it was. It capitalized on the moment and the Obama administration and all the positive energy that was happening for it to perfectly coincide with the second court decision on the same day. Of course we had no control over that, but we were very well-prepared,” he continued. “Our CMO was an amazing planner and made sure everything was building to this moment. These viral moments, the #LoveWins and the red and pink logo, were many months in the making, and Emily’s team was pivotal to that success.”

A Silver Lining of the 2016 Election Results

While the election of a president with an explicitly anti-LGBTQ+ agenda felt like a massive setback, Bricker and Roberts described a silver lining that emerged almost right away. Trump’s election brought previously uninvolved young people into the fold, activating them in hoards in defense of LGBTQ rights, and human rights across the board, in the face of an incredibly adversarial administration.

Bricker stated their feelings and response as an organization perfectly:

“It was a hit when Obama left. But, collectively as HRC, it gives us the energy we need to keep moving. There is also the two-ton weight that sits on our back knowing we’re representing the forward face of all of those movements and trying to be the best advocates and allies we can be for an entire community of people. We need to keep our eye on the fact that in spite of the current political environment, it’s our job as a physical building and a physical presence in Washington to keep people focused.”

Roberts’ work brings her to the frontlines of individual contributions, whether through social media or email campaigns. It’s her group that sees the passion of the individual activists that can drive a whole movement. “This really has lit a fire under people across the country. We endorsed several hundred candidates just in the 2018 midterms alone, and registered thousands of voters. Through this work, we’ve identified ‘Equality Voters’ — people who support pro-equality legislation whether they’re members of the LGBTQ community or allies — and they turned out to the polls in huge numbers. And we expect another incredible turn out this year as well.”

Candidates endorsed by HRC have an impressive 90% win rate, each one ready to help push pro-equality legislation forward and fight against anti-LGBTQ legislation.

“When we talk about intersectionality, we cannot accept that we are all equal until we are ALL equal,” Roberts said. “The LGBTQ movement isn’t just about LGBTQ folks. It’s about all the different identities that Jason mentioned and more. When it comes to Black Lives Matter and the racial violence that’s going on, we have to take a stand. We’re working to figure out the best approach in terms of policing.”

On Juneteenth this year,HRC unveiled a massive mural on the 17th Street side of their building in Washington, DC. The mural says, “Black Lives Matter,” “Black Trans Lives Matter,” and “All Li es Matter.” 17th Street in DC is a major thoroughfare, both in the day to day lives of Washingtonian commuters, and in the historic foot marches that end up at the White House.

HRC has hundreds of coalition partners in the fight for racial justice, including the NAACP and the National Black Justice Coalition. They know that their organization is among the largest and loudest megaphones for social justice, so they’ve assumed that leadership role with grave seriousness. In partnership with over 100 other organizations, HRC released an open letter condemning racist violence and calling for change at every level.

Bricker describes Alphonso David, HRC’s new president, as the perfect leader for this time in history. He’s a black immigrant from Liberia who’s also a civil rights attorney. “Alphonso is leading us comfortably into this movement and pushing us hard out of our comfort zones and into a place where we can show up to help.” After less than a year on the job, David has been thrown some historic curveballs, and he’s been the perfect leader to step up to the plate.

A Parting Thought from HRC

The 2020 election is likely the most important election of our lifetimes. Roberts encourages everyone to have the hard conversations with the people in their lives about voting. For those who might be on the fence about voting for leaders that support equal rights for marginalized groups, she points out just how critical a time this is. “More likely than not, you know someone who’s been affected by policies that have been implemented against the LGBTQ community. And how you vote can make or break someone’s life and livelihood.”

To learn more about what HRC is doing, or to become a member, head over to HRC.org. 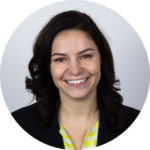 Larisa Sandu is the Customer Marketing Manager at OneLogin and is responsible for customer communication and collateral. She is passionate about empowering OneLogin customers with the right tools and content to navigate their security and identity management challenges. Larisa comes from a diverse professional background, which includes leading and managing customer marketing and customer advocacy programs at three other companies in the healthcare, construction and real estate industries.

AMN Healthcare Honoring the True Heroes That Light Up Our Communities

See the video compilation of AMN kids singing their thanks to community healthcare heroes. We all need something to light up our day!

Find out what the British Red Cross is doing to help local and global communities during the COVID-19 crisis.